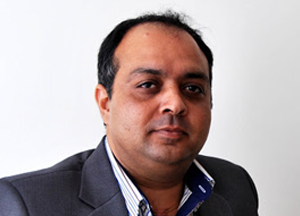 Surjit Singh Rajpurohit is the COO of Amanora Mall, Pune since 2017, owned by the City Realty and Development Pvt Ltd. Under his dynamic leadership, Amanora Mall has reached new heights by introducing several changes from revamping the facility, adding brand portfolios and is one of the most preferred shopping, food, and entertainment destinations in Pune.

With a robust experience of over two decades in the retail sector, Rajpurohit has been one of the pioneers in mall management and development in the country. He was heading India’s first organized retail mall, Ansal Plaza, New Delhi in 1999. After Ansal Plaza, he moved to Jones Lang LaSalle as Head Business Development & Marketing Advisory for its vertical SANDALWOOD a joint venture between Jones Lang LaSalle & Colonial First State Property Management (Australia) introducing Retail Asset Management in India.

During his tenure with JLL, he realized that there exists a gap for the right expertise for managing shopping centers which prompted him to start his own venture IDEAS Consultancy & Advisory in 2009. As founder & CEO of his own company, IDEAS Advisory & Property Management Pvt. Ltd, he conceived and popularised the science of designing and planning malls. His firm was instrumental in educating many mall developers about the gaps in the mall sector.

A versatile personality, Rajpurohit added new projects and titles to his kitty to propel the company’s business to higher orbits of growth. He was the Chief Executive Officer for Neptune Magnet Mall, Mumbai from where, he moved to Prestige Estate Ltd as Head, Retail, handling all their existing and new malls including Forum Malls in Hyderabad and Chennai, Forum Value Mall, Forum Koramangala Mall, UB City, and Forum Shantiniketan in Bangalore, Forum Fiza Mall in Mangalore, Forum Mall Kochi

An entrepreneur in spirit, Rajpurohit believes in credibility of plans, and measurable deliverables. He also believes in sharing his experiences and knowledge gained, hence participates in various forums including FICCI, CII, Indian Retail Forum, and Asia Shopping Centre Forum. He has been a guest editor with various Retail and Industry Magazines.

Rajpurohit is an MBA from Delhi University.