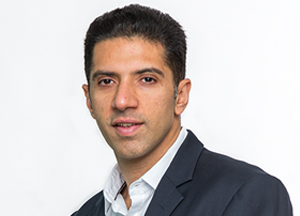 Neel Raheja began his odyssey with the family empire at the young age of 18. With a strong background in finance, a degree in Law from the Mumbai University, and an alumnus of the Harvard Business School, Boston, Massachusetts (OPM Program), he has extended the Company beyond the realms of real estate. Working his way to the top, he has earned his place at the helm of the Company, scaling it to new heights.

With a larger vision for the Company, Neel, has piloted the diversification of the Group and is known for his business acumen, and tremendous understanding of the ecosystem in both, global and local markets. With an ear to the ground and ability to pre-empt current and possible future trends, policies, practices, he has been at the fore-front of driving change and innovation within the Group. He also ushered in the malls and department stores format in India, Inorbit Malls and Shoppers Stop are the culmination of his endeavour to bring organised retail into India.

A respected name in the industry, Neel chairs some of the most important committees that shape key industry developments. He is the co-chair at CII-National Committee on Real Estate and Housing, the Chairman, India Chapter of APREA, and was President, NAREDCO West. He is also Vice Chairman of CORENET, and Advisory Committee member of MCHI-CREDAI. Neel has been appointed on the Govt of India committee to suggest changes in the Special Economic Zone policy and was one of the members of the Champions of Change invited by the Prime Minister of India. Other significant achievements include being selected amongst the top 40 under 40 by the Economic Times. He has also been awarded the EY Entrepreneur of the Year Award – 2020 for the Energy, Real Estate and Infrastructure category along with his brother, Mr. Ravi Raheja.