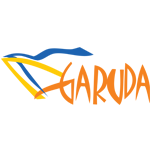 A postgraduate in commerce, Nandeesh has over two decades of experience in building brands from ground up and making them of substantial reputation.

Nandeesh started out very young as an accountant at the Garuda Group and moved up the ladder as the CEO & Leasing Head due to his attention to detail, an eye for great deals and sheer passion for success. He successfully built the Garuda group as a dominant force in India’s mall scene and has   successfully launched 3 more malls in Karnataka under the mentorship of Uday Garudachar, the company’s Managing Director.

He has been a leader in pioneering several mall churns and renovations bringing in world class brands to Karnataka, like Forever 21, Mango, D-Mart, CIS etc. by using innovative marketing programmes.

He was the first, to introduce Shoppertainment in the mall industry in Karnataka, with a wide variety of events one of which was a reality show.

Nandeesh has been awarded several times for his innovative endeavours.

Nandeesh is instrumental in the group’s further expansion into wellness, co-working space, Food & Beverage businesses and more. He has built teams to handle this expansion seamlessly and is currently working on digitizing the entire mall experience.

He has a vision for the future and the practicality of an astute businessman.