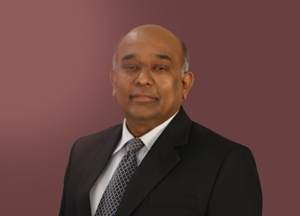 Mukesh has almost three and half decades of rich experience across Retail and Hospitality business. A seasoned hospitality and retail professional he has worked across cities at various levels and brings an extensive background of the end to end project coordination, pre-opening, leasing, fit-out and launch of the mall business.

Currently, he is working as Chief Executive Officer of Quest Properties India Limited heading Quest Mall, Kolkata and other real estate businesses of the company. Quest mall was established as a luxury mall catering to needs of entire East Zone, North-Eastern states and neighboring countries. The mall is owned by RPSG group which owns CESC, Philips Carbon Black, Spencer’s Retail, First Source and many other businesses across the country.

Earlier, he was employed as Chief Executive Officer of K Raheja Realty Group owned Infiniti Mall, leading both its malls into an admirable retail model. He was responsible for overseeing the entire Operation, Leasing and Marketing of Infiniti Mall, Andheri with a built-up area of 2,75,000 sq ft and Infiniti Mall, Malad having built up area of 1.20 million sq ft.

Before Infiniti Mall, he was mentoring Ramada Plaza Palm Grove, a five-star business hotel as Vice President. He has worked with various prestigious Hospitality companies at numerous locations managing Operations, Sales & Marketing, Pre-Opening team and Projects. His stint at American Embassy as General Manager for their Recreation, F&B and Commissary division exposed him to the international community.

Mukesh is an economics graduate with a degree in hotel management from a premier Hotel Management School and also a Certified General Manager by Ramada International University, Geneva.