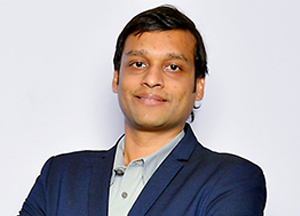 Gopala Krishna, is a young entrepreneur with his B.Tech Degree first entered into the automobile business. His thirst for knowledge in the field of business has led him to complete many business training programs since 2006. His business acumen and sharp analytical skills saw him quickly rise up to a leadership position within the MGB group.

His belief that true growth happens only by stepping out of one’s comfort zone caused him to pursue avenues that were foreign to him and accordingly stepped out of the shadows of the automobile industry and plunged himself into the unknown waters of construction and retail taking the challenge of diversifying the business profile of the MGB group too , which now has gone from strength to strength. . In 2013, he launched a project to build a mall in Nellore, Andhra Pradesh was completed in 2016. Being one of the largest malls in Andhra Pradesh it was responsible for introducing many national and international brands in Nellore, Andhra Pradesh and the surrounding areas.

In just three years of operation, the mall has won multiple awards. Some of these awards are:

has been invited to speak at multiple venues like the Activation Venues Forum in 2018, Indian Food Forum and India Fashion Forum in 2019. Additionally, he has spoken and inspired graduates at many colleges and esteemed institutions.

Besides this he is a lifetime member of the Red Cross, a disciple of the Heartfulness Institute where he serves as one of Directors also, which is a non-profit organisation.

He also recently secured admission at Harvard Business School and also at Indian School of Business(Hyderabad) where he is pursuing Doctor of Business Administration,