Ashwin founded the Sheth Group in 1986 and with his vision and implacable determination transformed it into a globally recognized luxury brand.

He spearheads the corporate strategy, planning of the Group, and plays an important role in motivating the team, providing impetus to growth and diversification plans of the Group.

Under his leadership, the group has created some of the largest townships, major complexes and tallest skyscrapers through resourceful planning, an unwavering focus on quality and customer-oriented designs in Mumbai and Dubai. Gurvineet is a dynamic professional with over 14 years of experience from Retail and Shopping Mall Industry, holds a Masters in International Business and completed level 2 program in Middle East Council of Shopping Centres at the Mall of Emirates, Dubai involving advance leasing and marketing strategies, utilizing market research data during the leasing process.

In his current role he oversees retail leasing, commercial leasing and business development, is responsible for capital expenditure estimation, income budgets and revenue targets. He has been continuously updating business practices at the mall in accordance with best international practices in the retail real estate and mixed use development. Along with Viviana Mall he is also associated with Cnergy’s, a brand by Sheth Group for commercial real estate expansion.

During his leasing career, he has successfully leased out Viviana Mall (10 lakh sq. ft.) and Inorbit Cyberabad (9 lakh sq. ft.)

Gurvineet has won accolades internationally as Young Retail Professional of the Year at CMO Asia. Rima has experience of over a decade and a half in the retail industry along with expertise in areas like Brand and Corporate Communication, Brand Building, Public and Media Relations, Cross-media Campaigns, Media Planning, Channel Marketing, and Corporate Tie ups is the Chief Marketing Officer for Viviana Mall

Rima takes care of all the operations of the mall along with crafting Viviana Mall’s growth story and has successfully taken the role of driving Sales, Growth, ROI, and Communications for Sheth Group. Due to her ability, skills, creative, innovative and forward-thinking leadership, Viviana Mall started its journey with the accolade of opening with the highest occupancy rate for a shopping mall in the country and has achieved many ‘firsts’ in many feats such as social cause, brands, entertainment etc. including the Gold Award at the ICSC Annual ASIA PACIFIC SHOPPING CENTER AWARDS for 6 consecutive times, making it the only mall in the country to do so. She also devised the first flat 50% sale that a shopping mall would host in the country and this successful strategy soon became a national trend and was picked up by every major shopping mall in the following years.

Rima has pioneered a new dimension in marketing strategy by collaborating with Xavier’s Resource Center for the Visually Challenged (XRCVC) to make Viviana Mall the first Indian mall to launch an audio-tactile labelling system and Braille menu cards at all restaurants and outlets of the mall fulfilling the aim of offering a complete mall experience to the visually impaired. Rima also spearheaded the #StopAcidSale campaign to create awareness against the sale of acid and curb the acid attacks on women in the country which received massive responses across social media platforms and was recognized by media houses globally. Recently she designed an idea behind the new Campaign #MeraFarzHai, which revolves around creating an awareness amongst the society against the sexual harassment and rapes with women.

Rima is the only Indian marketing person to receive scholarship from The International Council of Shopping Centers (ICSC) in the year 2016 and the only Indian to bag the coveted ‘ICSC Foundation Scholarship Award’ by International Council of Shopping Centers (ICSC) in 2016 ,additionally she has been honored with the ‘Women Leadership Excellence Award’ by CMO Asia Shopping Malls Excellence for her excellent leadership skills in handling the marketing operations efficiently and also for various other activities to increase footfalls and create a consumer connect. 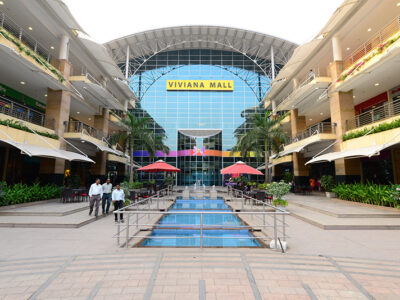