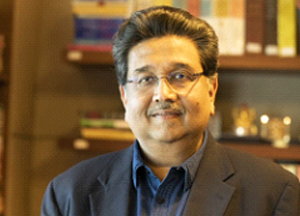 Harshavardhan Neotia is the Chairman of Ambuja Neotia Group. Operating through several companies, the Ambuja Neotia Group covers the entire spectrum of the Real Estate industry, including Housing, Hospitality, Health Care and Education. Neotia was conferred with ‘Padma Shri’ by the Hon’ble President of India in 1999 for his outstanding initiative in social housing. He was also honoured with YPO Legacy of Honour Award in 2005. He was conferred the D.Litt. (HonorisCausa) by the Vidyasagar University, West Bengal.

He is the Past President of FICCI, and past President of AIMA (All India Management Association). He is also a Member of the Chief Minister’s Core Committee on Industry, Government of West Bengal. He is on the Board of Shree Somnath Trust, Gujarat, Indira Gandhi National Centre for the Arts, New Delhi and Chairman of National Institute of Technical Teachers’ Training & Research (NITTTR), Kolkata. He is the Chairman of Jnana Pravaha, a Centre for Cultural Studies and Research in Varanasi, and also the Honorary Consul of Israel in West Bengal.